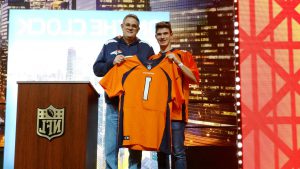 My name is Fred Williams and I am the owner of the website officepoolstop.com. I started the site in 2012, with the original intent to support an NFL play money pool I had been running since 1992. Given the amount of infrastructure I ended up creating, I decided it would not be too difficult to add NFL Survivor and NFL Confidence league support, and opened it up for others to create and run their own leagues. With no advertising I ended up with about 40 leagues created in 2012, mostly survivor leagues. In 2013 I added NFL Pickem leagues, which to my surprise were just as popular as survivor leagues. By 2015 the site was hosting over 1500 leagues with over 17 thousand players! In 2016 I added March Madness Bracket and NFL Mock draft pools.

I have several people who have helped run the site since its inception, mostly as Admins in the forum. Several league managers have also been helpful in providing feedback and suggestions to improve the site. I have done most of the programming, with increasing help from my son, Ryan Williams who is pursuing a Computer Science degree at Colorado State University and looks to take a bigger role with the site going forward.